Church of Wall is a sea burial ground located in a Japanese coastal city. It is inspired by the interaction effect between emotion and surrounding. In the context of sea burials, the relationship between the sea and the land is similar with the relationship between death and life. And the sea burial ground itself can be seen as an invisible wall between life and death. In this way, the first step of my design is to erect a wall- like building at the boundary of the ocean and the beach. When people stand on the land, although the sight is blocked by the project, people can hear the sound of the waves, knowing that the other side of the wall is the ocean that symbolizes death just as death itself is imperceptible. Different programs in the whole sea burial ceremony, such as waiting, farewell, cremation, are integrated into a linear space with certain narrativity. By harnessing different environmental factors (lighting, smell, sound, view, etc.) from both sides of the project (city vs. ocean), this project aims to create a series of sensory containers where the players can feel the fluctuation of emotion. The sound of the waves would make people grieved over the loss of loved ones; the noise of the city would remind them of the past times they spent with their beloved; and dark environment would bring calmness while the light brings the waves of emotion. 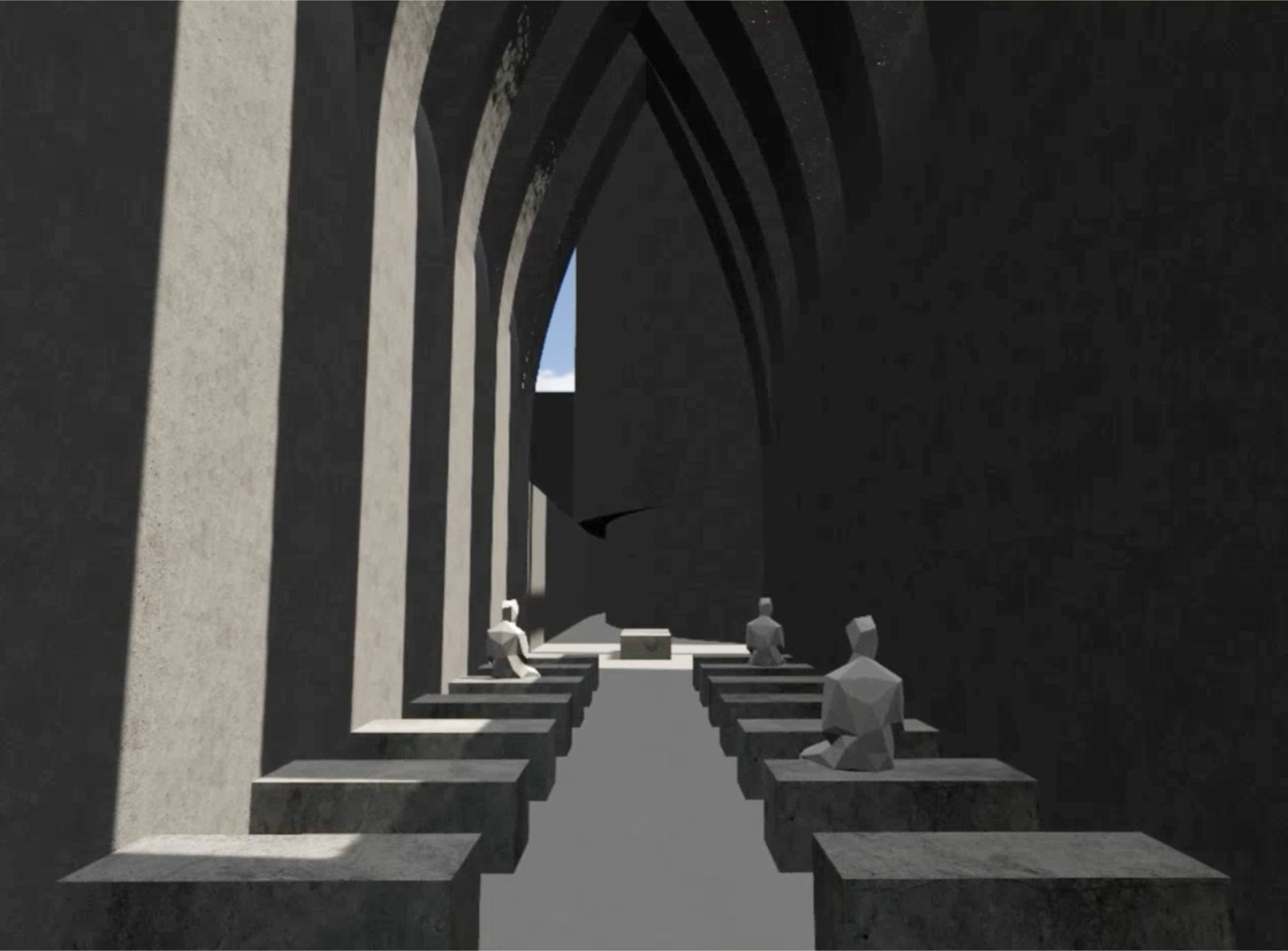